Growing Up with Our Queeroes

In celebration of LGBTQ+ History Month, we sat down with our incredibly talented Queeroes artists, Juan Manuel Carmona and Simón Malvaez, to pay homage to their Queer icons growing up and learn about what it means to have community leaders we can look up to today.

Which of the LGBTQ+ icons on the Queeroes mural inspires you personally? 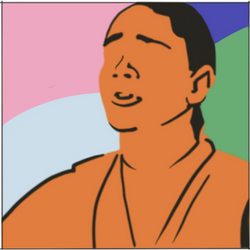 Simón: Chavela Vargas because she boldly represented our Latinx heritage, and her artistry influenced my own imprint. Growing up in Tijuana, Mexico, I was never exposed to queerness or had any community role models. I only had Chavela’s voice because my parents would constantly listen to her songs. I felt like I got to know myself through her exploration of life and music. It wasn’t until I moved to Mexico City and immersed myself in the Queer scene that I was able to explore different parts of myself. Chavela’s influence is lasting. She is one of those rare artists that touched so many people, including me. I loved how proud she was of her Lesbian identity. It’s incredibly important for Queer people living in Mexico to have someone as courageous as Chavela to look up to. 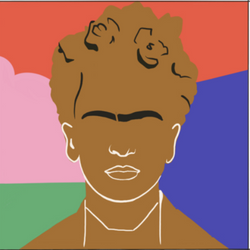 Manuel: Frida Kahlo has always been my inspiration, mainly because she fearlessly played with gender roles. When I was younger, I used to put on my mom’s heels in secret, inspired by how Frida would experiment. Frida gave me the opportunity to see gender presentation in a new light. Another icon I admire is Keith Haring, a well-known, openly gay artist. I loved that his art was so unapologetically gay. Seeing it felt like freedom because it’s so difficult to be bold and bare your whole self, even in art spaces. It’s powerful to know that somebody like Keith Haring, who created explicitly gay art, would go on to become a widely recognized artist. It took me a couple of years to become confident in exploring sexuality in my work, and it’s evolving daily. 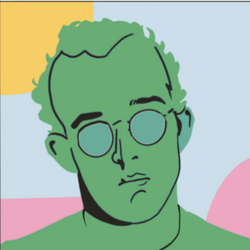 What does it mean for LGBTQ+ youth to have Queer icons to look up to? How does this impact your artistry today? 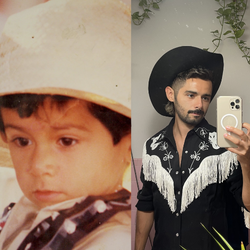 Simón: Enlightenment. These icons symbolize lighthouses that offer luminosity we can use as a guide to explore our own light. This came full circle for me last year when I worked with youth in elementary school on a project that encouraged them to paint whatever they wanted, based on what was happening in the world today. They were so aware of current events, from the significance of Black Lives Matter to why we celebrate Pride Month. At that moment, I realized it was my turn to help guide the next generation.

It’s also important to remember that these Queer icons were also living humans, as real as you and I. It’s great to be inspired by them, but we don’t all have to be icons. You can keep creating and making art, even if it’s just for you, as long as you believe in yourself. 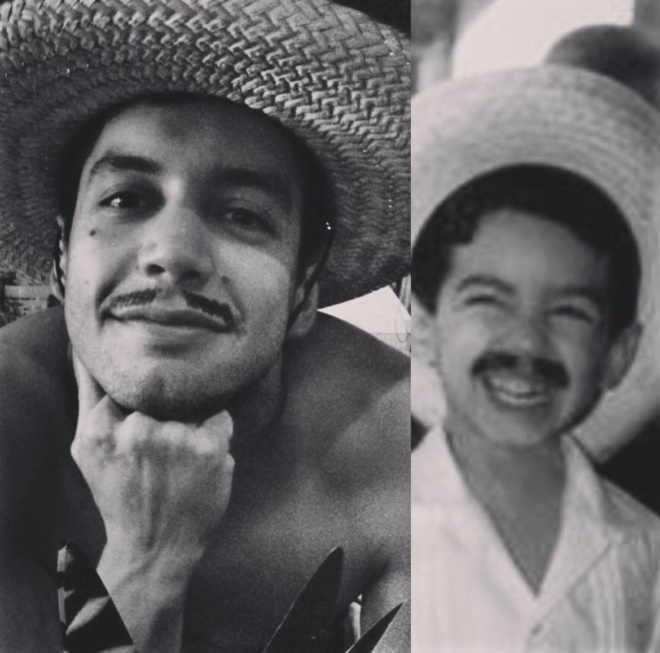 Manuel: Having Queer icons to look up to reminded me that I was not alone in the world. Growing up in the closet while seeing people like me embracing who they were publicly showed me that there was nothing wrong with me, and it was simply that I hadn’t uncovered all of who I am yet. It’s heartening to see more gender fluidity and LGBTQ+ representation mainstream now. Many up-and-coming artists are openly LGBTQ+, and it’s changing the landscape for the better.

For anybody looking to find your personal Queeroes, look back at our beautiful history. Learning about where we come from is one of the key messages behind the Queeroes mural. So many community members, from Marsha P. Johnson, Sylvia Rivera, and Harvey Milk, have done so much to propel the LGBTQ+ movement forward. Be inspired by that.